A downloadable game for Windows

Strikers & Defenders is a fun soccer game made to play locally with friends. There are 8 game modes, 5 maps, 3 types of weather and 5 power-ups to make each game fun and exciting. Thank you for checking out my game and I hope you have fun and please leave your thoughts and suggestions in the comments below.

Classic Mode (2 Players) - This game mode is the classic game of soccer where 2 players will control each a team of two and play against each other to see who can score the most goals.

Tournament Mode (4 or 8 Players) - This mode brings the fun of classic mode to more friends as you play a tournament consisting of 3 or 7 games. Playable with 4 or 8 players (2 at a time), this mode will bring the fun of competition to any party.

Party Modes (2 Players) - The party modes consist of 6 modes that change up the rules of the classic soccer game. The first party mode, Role Switch, has players switch roles with soccer balls as they play as soccer balls kicking around a soccer player. In the second party mode, Goal Switch, the goals are swapped, so players will need to score in the goal behind them instead of the one in front of them. The third party mode, Triple Balls, simply adds more balls to the mix. In the fourth party mode, Color Balls, a colored ball matching one of the two teams will spawn every 30 seconds. If the ball matches a player's team color, they should try to score. If it doesn't match their team color, they need to keep their opponent from scoring until the next ball spawns. Goal Kick is the fifth party mode. In this mode, the players will face each other 1 v 1. One player trying to score goals and one player acting as a goalie trying to defend their goal. The player will have 30 seconds to score a goal and if they are unable to, then the goalie will gain a point. The sixth and final party mode is Random Controls. In this mode, the controls for each player will be randomized every 30 seconds. Learn the controls quick to score a goal.

Connect controllers to your PC before starting the game to play with them.

The demo hasn't been updated to the latest version.

The game was designed for screens with a 16 by 9 aspect ratio. It is still very playable in other screen sizes, however, the UI may look weird in some aspect ratios. 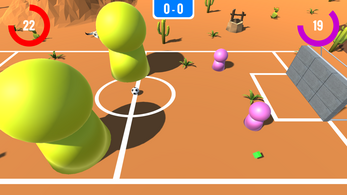 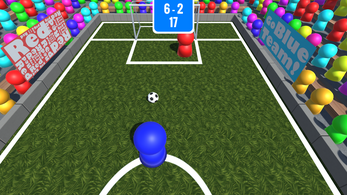 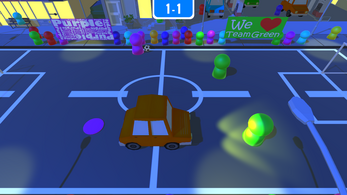 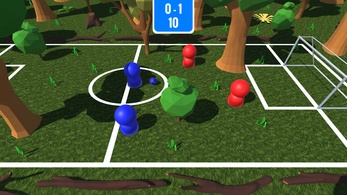 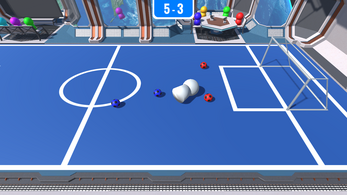